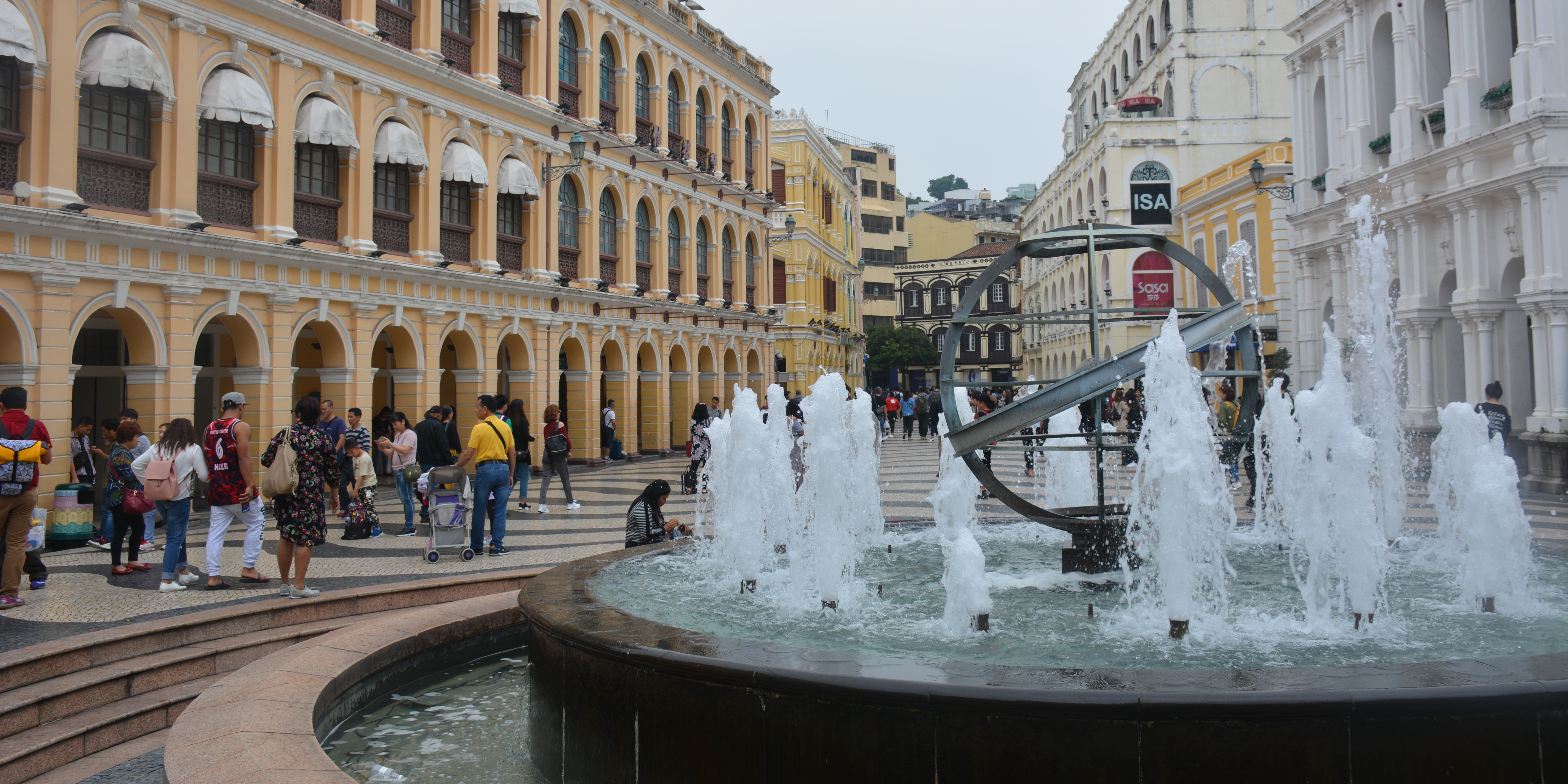 Macau is a special administrative region of China and until 1999 was a colony of Portugal. Located across the Pearl River estuary, Macau is a popular day trip from Hong Kong. Macau is one of the world’s most densely populated areas, and is now known as the Las Vegas of Asia due to its many casinos. In fact, shockingly, Macau’s gambling revenue is SEVEN times that of Las Vegas! Macau is not just casinos and gambling however, as a Portuguese colony for several centuries you could be convinced you were in Europe. Cobblestone streets, cathedrals and everyone’s favourite, Portuguese pastry, Pastéis de nata.

For years the best way to visit Macau from Hong Kong was to take a hydrofoil or ferry. The 45-60 minute crossing is now paired with the newly constructed and Hong Kong–Zhuhai–Macau Bridge. The controversial bridge had just opened when we were there in November 2018, but car traffic and the novelty of the new bridge saw insane lineups on both sides of the crossing for immigration. It was far cheaper and less time consuming to take the hydrofoil.

A large section of Macau Peninsula has been designated a UNESCO World Heritage site. Wandering around the old town you get the feeling you are in Europe, if you took away the people and the Chinese language signs.

The casino area of Macau is massive. Huge familiar named hotels are springing up on the Macau strip. MGM, Venetian, Parisian, Wynn, Sands and the impressive Grand Lisboa.

Macau has to be one of the most unique cites in the world. A rare fusion of Portuguese and Chinese has created a slice of Europe within Asia. Add the largest gambling destination in the world and you have a really great place to spend a day or two. Easily accessible by bridge or ferry from Hong Kong, Macau is well worth the effort to get here. 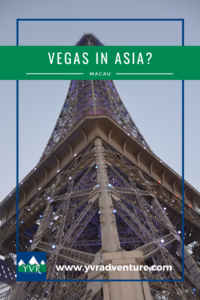